Are you a member of ICPA? Now is a great time to join or renew membership.

ICPA (Aust) is a voluntary, non-profit, apolitical parent body, dedicated to ensuring all rural and remote students have equity of access to a continuing and appropriate education. We welcome membership from a cross section of Australia’s rural and remote population which includes fishermen, miners, itinerant employees, farmers, pastoralists and small business owners. Anyone who is interested in ensuring rural and remote children have equity of access to education are invited to join the Association.  To join click this link. You can also follow us on Facebook, Instagram and Twitter.

What are some of the achievements of ICPA?

ICPA has been responsible for:

But why would I join?

Central Station recently highlighted some of the families who are members of this wonderful organisation.  Read on to see what they have to say.

The first days of uni

Sam grew up in Quilpie, Jundah and Birdsville and attended boarding school at St Brendan’s College, Yeppoon, approximately 1500km away. He has always had interest in school, even at Jundah State School where there was only 13 people. He has now finished his first year of University studying a Bachelor of Mechanical/Aerospace Engineering at the University of Queensland whilst obtaining high results.

Nikki is also the Treasurer of the ICPA Kimberley Air Branch based around the Kimberley School of the Air region. Nikki contributed her blog as a participant of the Rural Leadership Bootcamp that was held in October 2016 in Broome, WA.

Dust, flies and a pre-schooler!

Kirsty was a primary school teacher before moving to Mount Sarah where she now works on the station whilst attempting to complete a Psychology degree when there’s time!

Lucy’s interaction with her School of the Air teachers is something to read about!

Being a parent and distance education tutor

Lynly and her husband Mat have managed North Well station since 2006 during which time she began a part-time career in nursing at Roxby Downs, juggling both station duties and nursing until their daughter Elke was born in 2009.

Lynly teaches Elke via School Of The Air (SOTA) which has given her the drive to help those facing the challenges of distance education.

Through the eyes of a rural parent

The countdown is on. After having children in boarding school for 10 years there is only 5 years to go.

Donna lives on a cattle property 60km north of Alpha with her husband and 5 children. Donna is passionate about education and is a member of ICPA.

Over the years Donna has taught her children on Distance education and the older ones attended a little school about 70km from where they lived.

Sending my first of 5 children away for the very first time was the most gut wrenching thing a mother can do. My husband, as much as he was distraught, would always respond to people with “a cow always bellows longer than the calf.”

Is there a Branch near me? And if there isn’t a branch can we form one?

There are branches in all states of Australia, except Victoria.  Not that Victoria doesn’t have rural students that have difficulty accessing education but rather the branches that had been formed have disappeared over the years.  We do have Victorian members and they are currently members of the NSW/Vic Lones Branch.

If you think you would like to form a branch then please contact either your state council secretary or the Federal Secretary and they will guide you in the formation of a branch.

A proposed Branch member body shall apply for registration with the Association providing it:

The Isolated Children’s Parents’ Association of Australia had its beginning in the NSW outback town of Bourke, in April 1971. Families were struggling with drought and the consequences of such an event, and most importantly, the effects of the drought on the education of their children.

The late Mrs Pat Edgley, MBE, called a meeting to save the Bourke Hostel, which serviced families in the outlying district, from closure. Out of this has grown an amazing organisation, with branches of ICPA springing up all over Australia, and eventually its national overarching body – ICPA (Aust). In its 41 years as a volunteer organisation, ICPA has achieved much for families and children who are isolated from education. ICPA will continue to strive for equity of access to an appropriate education for these children.

Live in Queensland then visit the Qld website and find your nearest branch or fill out the enquiry form.

The first Queensland ICPA branch was formed at Cunnamulla on 28 June 1971 followed by Kindon, Dirranbandi and Bollon soon after. The Queensland Council was the first State Council of ICPA to be formed on Melbourne Cup Day, 2nd November 1971 in Charleville. The inaugural President of Queensland State Council was Mr EC ‘Bunny’ Powne (Bollon). ICPA Qld Inc. now has 46 branches in Queensland and over 1200 member families.

NSW members can find out more information by filling out an enquiry form or by visiting the NSW website. There are currently 29 branches in NSW.

The New South Wales State Council of the Isolated Children’s Parents’ Association (ICPA-NSW) was formed less than a year after the Bourke branch was founded. The mission of the newly formed association, then as it is now, is access to education.

” A child who for geographic reasons has no reasonable daily access to an appropriate school.”

Northern Territory members can access information about the three branches located within the NT at the Membership page , by filling out an enquiry form or by visiting the NT website.

The Northern Territory State Council was formed in 1981 when the members in the NT decided to take on the convening of the Federal Conference for the 1982 year. In 1989 the NT State Council, with Mike Stock and the Lion’s Club in Tennant Creek, were instrumental in gaining support for the VISE (Volunteers for Isolated Education) Scheme, which still operates today.

During the mid-1990’s the State Council saw a need for a boarding hostel for isolated students in the township of Katherine and so Callistemon House was created.

In 1986 the council saw the need for centralised advertising for Home Tutors; and from that the Home Tutor Register was born.

The NT State Council has maintained a good working relationship with the NT government over this period and through the council’s work of these years, the NT Allowances have been instigated and maintained. A list of the current Allowances accessible to families who reside in the NT can be found on the Web Links page under Northern Territory.

South Australian members can also send a membership enquiry and ask about the 9 branches currently in their state or visit the SA website..

ICPA works to promote awareness and understanding on the problems and needs of rural and remote students, assisting them to gain access to appropriate schooling, special services, government and private agencies. ICPA works with politicians, departmental representatives, educational bodies and other groups concerned with the welfare of rural and remote Australians, to rectify the inequalities inherent in educating rural and remote students, as we believe every child has the right to equality of educational opportunity, regardless of where they live.

Tasmania currently only have three branches and enquiries can be made here or by visiting the Tasmanian website.

The Tasmanian State Council and branches, lobby for members whose children are geographically isolated who are engaged in early childhood education, attend a rural school, boarding school or school term hostel, travel by bus or private car to school, attend school via distance education or attend a Tertiary institution, TAFE or College.

Western Australia have 12 branches and enquiries can either be made through the enquiry form or via there “Join” page on the WA website.

One of the main aims of ICPA WA is to raise awareness of the issues faced by geographically isolated parents across the remote vastness of WA, to access an equitable education for their children.  As the expectations about education continue to rise in Australia, as areas of WA decline in population and changes occur in service delivery, the work of ICPA WA continues to be every bit as relevant now, as it was back in 1972.  Your membership is important to ensure the voice of regional Western Australian families is heard.

One thought on “Are you a member of ICPA? Now is a great time to join or renew membership.”

ICPA (Aust) is a voluntary, non-profit, apolitical parent body dedicated to ensuring all rural & remote students have equity of access to an appropriate education. 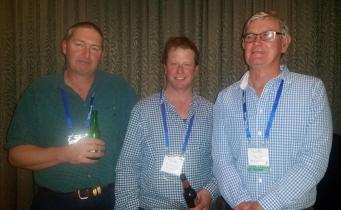 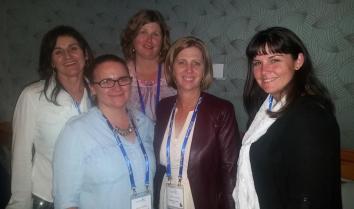 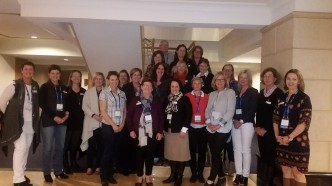 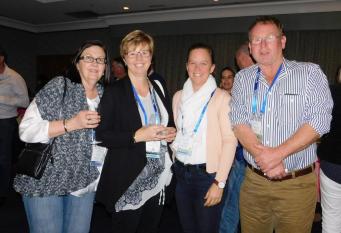